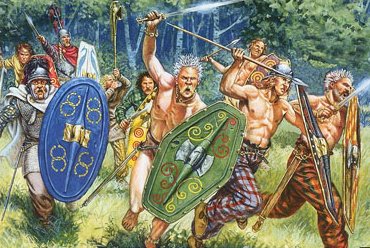 The popular image of a pre-history Celt is of a sky-eyed, fiery-headed, tattooed and woaded individual adorned with gold. That is the impression taken from Roman historians, who at the time had their own agenda so it is unlikely to be an accurate one.

Archaeological evidence suggests the Celts used human sacrifice but the context in which such actions took place is unclear. Were the victims murderers and therefore liable for execution? Whatever the reality it is not necessary to evaluate everything without question. A modern Celt is not recreating the past but learning from it where appropriate.

Some ancient traits of the Celts do hold fast. They appear in countless Celtic stories throughout history. They are bold, boastful, loyal, land and animal-loving yet prone to wild abandonment. It is this energy that carried the Celts across Eurasia, from the east to the western isles, through time from the Third Millennium BCE to the modern day of the Third Millennium CE.

Thank you for reading, your comments are much appreciated Cancel reply